In the process of improving their away record to 4-2, East Keilor continue to shock the Premier Division as they shore up their place inside the top four.

Travelling to Greenvale Recreational Reserve, the Cougars streaked away with a 52-point victory for their efforts on the afternoon.

Flying out the gates, East Keilor were rarely challenged during the contest, extending their lead at every change of ends bar the final term.

Dion Hill added to his 16 majors for the year with another four on the day, while both Nick and Josh Grabowski pitched in with multiple goals themselves.

For the home side, Dylan Aridas kicked multiple goals (three) for the third time this season, but it wasn’t enough to spur on his Jets to victory.

As we head into the back end of the season the victory sees East Keilor hold fourth place with a one game advantage to Strathmore in fifth.

Greenvale remain in seventh place, ruing a missed opportunity to overtake Maribyrnong Park for sixth position after their loss to Keilor.

THREE ON THE TROT FOR PACO

A bag of five goals from forward ace Matthew Watson has proved to be the difference, as Pascoe Vale defeated Essendon Doutta Stars by 37 points at Nipper Jordan Oval.

Keeping in touch at the top of the leading goalkicker award, Watson’s five majors brought his yearly tally up to 36, only three behind the clubhouse leader, Keilor’s Matthew Clark.

The Panthers held an inaccurate Stars goalless in the first half, opening a comfortable match defining 39-point lead at the main break.

A much improved second half showing by the Stars wasn’t enough to warrant a comeback, as they only managed to shave the margin by three points as the final siren sounded.

With positions at the pointy end of the ladder so tight, Pascoe Vale ensured they would remain in third place breathing down the neck of Keilor in second.

Round 13 sees the Stars travel to Canning Reserve, to face an Avondale Heights side coming off the back of a loss to ladder leaders Aberfeldie.

The Panthers will have the luxury of home ground advantage for Round 13 as they face a visiting Greenvale.

BURGERS BY A KICK

With the final score reading 6.18.54 to 7.6.48, the inaccuracy of West Coburg almost costing them a vital four points.

Stunning the visitors early, the Fog built a 22-point margin at the main break.

With an upset being well and truly on the cards, a strong second half was essential for both sides, with Moonee Valley looking to solidify and increase their lead and West Coburg looking to make a comeback.

Moonee Valley unfortunately could only manage a further 1.1 after half time, as West Coburg regained the lead late in the final term after their 4.11 second half.

The final five minutes of the match saw the Burgers looking to hold onto their slender advantage, swamping numbers to the ball clogging up all movement attempted by the Valley.

Disappointingly, Moonee Valley are continuing to look for their second win of the season, while the win keeps West Coburg in third position chasing Airport West and Tullamarine.

EAGLES VALIANT AGAINST AN INACCURATE ROXY

Pushing Roxburgh Park right to the end, Craigieburn have fallen by 12 points at home in an inaccurate afternoon infront of goal.

Combining for a total of 14.24, both Craigieburn and Roxburgh Park missed vital chances to put scoreboard pressure on.

Travis Cooke backed up his best on ground performance with his first goal for the season, as Luke Reichelt was the only Magpie who could manage multiple goals for the afternoon.

In promising signs for the home side, both Brodie White and Brent Gordon kicked multiple goals.

While the result didn’t fall the way of Craigieburn, their past month of football has shown real signs of growth and experience, something that coach Justin Sherman will be ecstatic with.

Round 13 sees Craigieburn on the road to Eric Boardman Reserve facing off against the Sunbury Kangaroos, as Roxburgh Park return home in a big clash against Westmeadows on the Nena and Pasadena Match of the Day.

BEARS IN A THRILLER

A best on ground performance from man mountain Liam Mercieca, has helped the Bears come from behind and defeat the Northern Saints by 4 points at Brookside Recreation Reserve over the weekend.

It was one-way running for the first three quarters of the game as the Northern Saints maintained a three-to-four goal lead for much of the time.

Player-coach Tamer Abdallah was outstanding for the visitors going alongside his one goal.

Trailing by 20 points heading into the final term, the Bears rallied quickly putting four goals on the board, to snatch the lead from the jaws of defeat.

Limiting Northern Saints to only two behind for the quarter, the final 10 minutes of the match played in an almost stalemate conditions, as the Bears did everything in their power to hold the lead for the day.

Almost causing a big boilover for the second time this season against the Bears, Northern Saints remain in seventh place, with a 2-game buffer above the bottom placed Jacana who forfeited on the weekend to Keilor Park due to lack of numbers relating to Covid-19 exclusions and injury.

With Round 11 being split over two weekends, half the sides will have to wait until this coming Saturday for their Round 11 action to commence.

For Oak Park, they go into their week off with a solid win under their belts, after seeing off a plucky Hillside outfit who to somewhat of a surprise pushed the flag fancies through all four quarters.

For Hillside they will take plenty of encouragement from the loss, pushing the second placed Oak Park side right through for four quarters and just falling short in the end.

The pair now have the luxury of a week off with their next matches coming on the 16th of July.

In the only game of the weekend, Gisborne travelled to Clarke Oval and made light work of the home Sunbury Lions side.

The 63-point victory could have been far greater had it not been for wayward kicking from the visitors, as they amassed a final score of 7.23.63.

Retaking her place at the top of the goalkicking standings is Charlotte Noonan, her five goals taking her yearly tally to 32 from 11 games.

Gisborne have an extended break now, with a week off and a bye in Round 12, as Sunbury face Essendon Doutta Stars for their next opponent.

Oak Park have recorded their first official victory of the season, knocking off the Sunbury Kangaroos by 76 points at home.

The win lifts Oak Park away from the bottom two spots on the ladder, giving them a fighting chance to contend with the top four going into the back half of the season.

Multiple goals on the day from Deanna Flenley, Hannah Fosbrooke and Emma Ainsworth topped off a commanding victory for the home side.

After a break for the split round, Round 12 sees Oak Park back at home against a visiting Coburg Districts, with Sunbury Kangaroos at home looking for victory against a travelling Westmeadows. 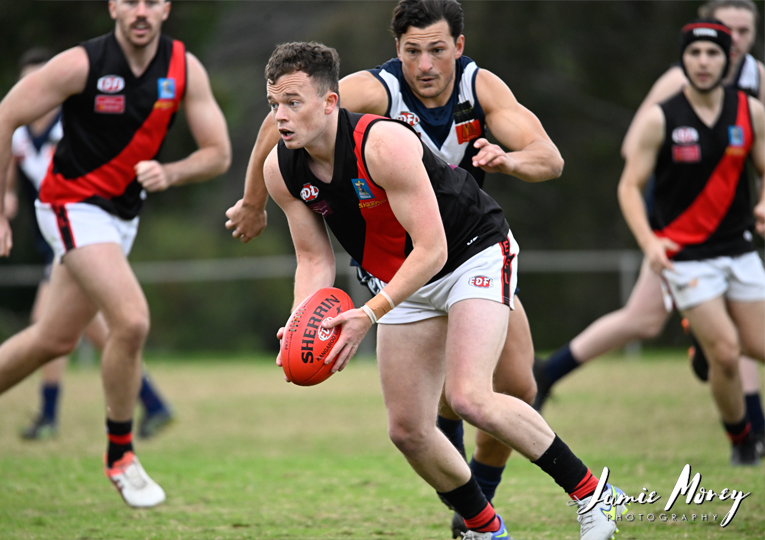